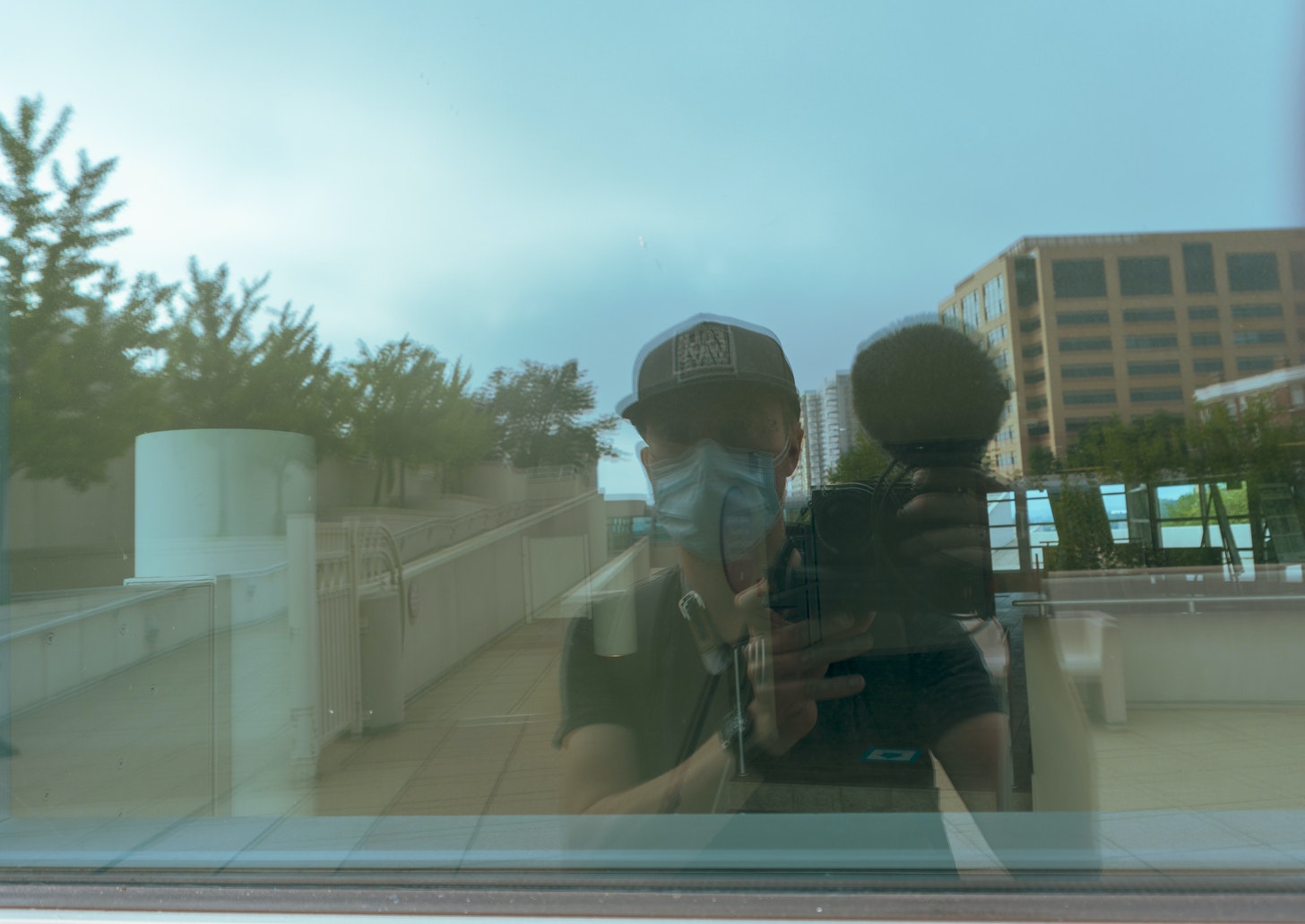 Happy New Year, everyone, and thanks so much for subscribing. This newsletter is one of the things that has been fun to work on this year, and I’m excited to share more writing and recording with you in 2021. As is the custom in newsletterland, I wanted to take a minute to reflect on the past year—not as a way to celebrate any particular milestones or achievements, but as a way to mark the time and mention some of the great people and organizations that I’ve been lucky enough to work with this year.

Among so many other things, 2020 was the year that the outside world got quieter. It was a year that people took up birding, because the birds were easier to hear. Whales seemed to be enjoying themselves, too.

But there was also noise. People who were living in virus hotspots heard more sirens. And then there was that pervasive, more general noise, the kind that is the opposite of signal: the ceaseless and unending stream of misinformation and cruelty and hucksterism that told us that the virus was no problem, or that it would just go away, or that votes were merely an inconvenience in one man’s attempt to hold on to his power.

My antidote to this kind of noise was often to just grab a microphone and get away from my computer. I made more recordings than I ever have, even though most of them were just of my family and/or my neighborhood. I interviewed poll workers. I kept a listening journal. And I made a recording of my son in a duet with crows.

That last one was featured in the second episode of Erica Heilman’s “Our Show” series, a collection of recordings submitted from people all around the world back in March and April, the pandemic’s early days. It’s an incredible document; The Atlantic called it the best podcast of the year.

But going out on little solo recording expeditions was primarily self-care, not my actual job. This year I collaborated with a bunch of folks to help them get sounds out into the world. Here are some of my favorites, in no particular order.

Let’s Do This, Leave a Message episodes

I started lightly editing and mixing this show back in October 2019, and it's a fun and funny project—just two very good friends, Margaret and Andrea, riffing on the mic (yes, a single mic) sometimes with a guest thrown into the mix. Margaret was our birth doula, so after helping to bring my child into world, of course I had to help her launch her podcast. Plus we came up with the title “podcast doula,” which is hilarious and ALL MINE. You can’t have it.

Andrea and Margaret leave each other a ton of voice memos on WhatsApp; it’s their primary mode of communication. So when COVID first hit, they were on it, expressing their confusion, fears, frustrations, hopes. They decided to ditch their usual chat format and turn those into a podcast episode, which ended up being a remarkable, near-real-time portrait of how two people, both parents, processed the news. The episode is called “Here We Are Now,” which you can find in your podcast app or on their site.

Then, just last Wednesday, Margaret and Andrea released an end-of-the-year follow-up where they asked friends and listeners to send them messages and reflect on what they learned, what happened, and how they got through 2020. I’m a sucker for the voice memo format—it just feels intimate and evocative—and the ones in this episode are no exception. From children singing Christmas carols to reflections on death, these are sonic slices of our moment. Listen in your podcast app or on the web.

To the Best of Our Knowledge, Jazz Migrations

The only piece of honest-to-goodness radio that I contributed to this year was part of an ongoing collaboration between the Consortium of Humanities Centers and Institutes and To the Best of Our Knowledge. This episode traces some of the ways that jazz music moved in and around and out of and through the African continent, told through several firsthand experiences, including Steve Paulson and Anne Strainchamps’ wonderful recordings of Fendika, a legendary Ethiopian nightclub. The episode features interviews with singer Meklit Hadero, journalist Gwen Ansell, musician and scholar Valmont Layne, and musicologist Ron Radano. Listen in your podcast player here or on the web.

In the 1840s, the Keweenaw Peninsula, a little spur off of Michigan’s Upper Peninsula, became a hotbed of copper mining. The copper was so abundant, you didn’t even have to mine that deeply—the copper was visible from the shoreline. But the process by which the copper was mined was incredibly wasteful, generating millions of tons of silt and sand debris that ended up in Lake Michigan, and eventually contaminating an important Native fishing ground. I mixed this 11-minute documentary, produced by my friend and neighbor Finn Ryan and the Great Lakes Indian Fish and Wildlife Commission. It features a score from Wisconsin’s own S. Carey and will be shown in the Wild and Scenic Film Festival in January.

Carmine Grimaldi, When Two or Three

This 22-minute documentary tells the story of a preacher and his wife, who happen to be the only two members of their church in the town of Bagdad, Arizona. I mixed this for Carmine in February. It came down the pipe right when I needed a creative pick-me-up, and boy did it deliver. It had me thinking about and rethinking what a documentary can do. Sadly, it's not available online yet, but it screened at the True/False Film Festival and the Chicago Film Festival. I’ll try to keep folks updated if and when it screens again.

Before I met Tracy Honn, printer and teacher and curator, I had never heard of “artists’ books.” I was aware of “book arts” only in the most vague, pseudo-hipstery way—like letterpress printing or broadsides or something? Then we sat in a meeting in the Kohler Art Library, and she just started showing me these things from their collection that were unlike anything I had ever seen before. Their design, layout, text, colors—they were “books” exploded and transformed into art objects. It truly changed the way I look at books.

But alongside these books, a group of students and faculty had also collected interviews with book artists and printmakers who had gone through the renowned program at UW–Madison. I helped Tracy edit these interviews down, and also wired the two adjoining galleries for sound. The exhibit did not get a chance to have its full run due to COVID, but people did get a few weeks to see it; here is a review. Sometime in 2021, an online version of the exhibition should be available through the University of Wisconsin Libraries.

Up Next: Wisconsin Humanities and Love Wisconsin, Human Powered

I first started talking publicly about Human Powered back in August, when it seemed like the show was right around the corner. Since then, a lot has happened, almost all of it good news: we picked up a new partner in Love Wisconsin, developed new podcast art, grew the production team, worked through a full pilot episode, and are in various stages of production for five more. In fact, almost the whole second half of my year has been devoted to this project, so it’s exciting and also a little frustrating that I don’t have more to share. But trust me—it’s coming soon. If you aren’t already subscribed, do so now, and you will hear our first episode when the show launches in February.

I hope everyone out there has a safe and healthy new year—can’t wait to hear what happens next.